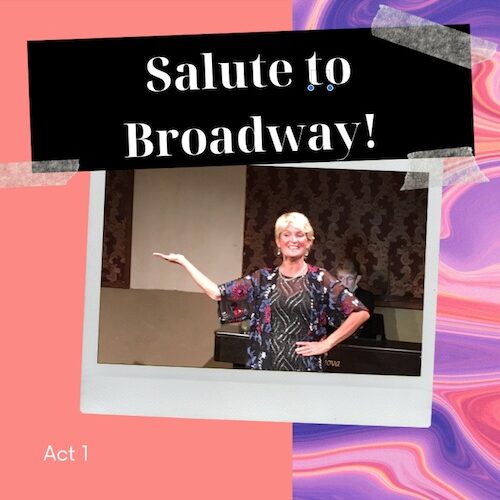 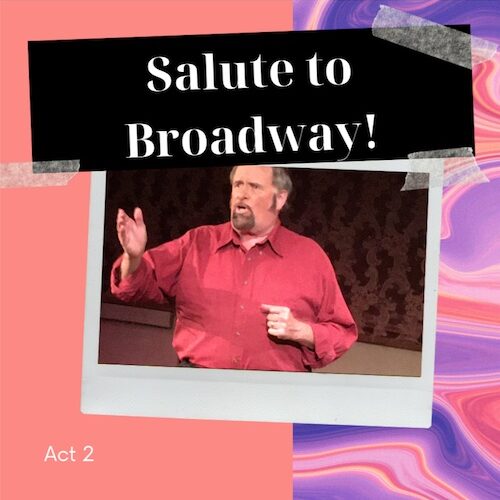 For the seventh year in a row, the Dolphin Players will present a summer Salute, but this year is a Salute with a difference.  Due to the pandemic, it’s a  Salute to Songs We Love to Sing—COVID-19 style—and can be found on You Tube.

SALUTE LETTER FROM THE DIRECTOR: Originally designed and cast to be presented live with socially distanced seating, the production gradually evolved into a live taping, as the cast and the Dolphin Board was confronted by the growth of the virus in Coos County.  To the rescue came Dolphin Board members Bob and Brenda Belongie, who had the expertise, equipment, and willingness to make a professional recording.

Although the medium has changed, audiences will find a familiar format and familiar performers.  Director/accompanist Luanne May again presides over the piano and three singers, George Nixon, Kerry Oxford, and Neville Cordell have also appeared in all previous Salutes.

Other veterans of previous Salutes include Heather Williams, Jhana Brown, and Jennifer Shaw, and the cast has welcomed newcomers Kimberly Mandel and Milan Ishihara.

Featured songs include “Glitter and Be Gay” from Candide , with a virtuoso performance from Heather Wilson; “Dulcinea” from Man of La Mancha, performed by George Nixon; and “Girls of the Night” from Jekyll and Hyde,   sung by Milan Ishihara and Jennifer Shaw, who also sings “Someone Like You” from the same show.   Lovers of show music will also hear such favorites as  Kerry Oxford singing “Getting to Know You”, from The King and I, Jhana Brown performing “It’s Quiet Uptown” from  Hamilton, and Kimberly Mandel with “Children Will Listen” from Into the Woods  .  Neville Cordell brings Gilbert and Sullivan back with “When All Night Long A Chap Remains.”  A total of twenty songs are included in the production.