Due to the increase in COVID-19 cases, and new CDC guidelines, the Dolphin Players will be postponing our production of Savannah Sipping Society by one week (or longer if necessary). We hope to open next week, and if we do, all patrons and volunteers will be required to show proof of vaccination and wear a mask at all times in the building. We apologize for any inconvenience, but we want to keep our patrons, volunteers and cast safe. Please visit our website or call 541-888-2611 for any updates. Thank you for your continued support.

Presented by The Dolphin Players

After the long intermission, the Dolphin Playhouse is happy to announce the upcoming production of Savannah Sipping Society , by Jessie Jones, Nicholas Hope, and Jamie Wooten.  The delightful comedy opens August 6th and runs through August 22. In this laugh-a-minute comedy, four unique Southern women of a certain age, all needing to escape the sameness of their day-to-day routines, are drawn together by Fate—and an impromptu happy hour—and decide it’s high time to reclaim the enthusiasm for life they’ve lost through the years.

SAVANNAH SIPPING SOCIETY LETTER FROM THE DIRECTOR: Over the course of six months filled with laughter, hilarious misadventures, and nonstop liquid refreshment, the women successfully bond and find the confidence to jumpstart their new lives.  Together they discover lasting friendships and a renewed determination to live in the moment and, most importantly, realize it’s never too late to make new old friends.  The Dolphin production features Bay Area theater veterans Michele Moore, Marcia Marchant, Brenda Sund, and Joy McCarthy and is directed by Alice Carlson.  Performances will be at 7 p.m. on Fridays and Saturdays and 2 p.m. on Sundays.  Tickets are $10.00 for adults, $8.00 for students and seniors, and $5.00 for children under 12.   Pay-what-you-can performance (admission by donation of any size) will be Saturday, August 7.  The Dolphin Playhouse is located at 580 Newmark in the historic Empire District of Coos Bay.  Reservations can be made on the website at  thedolphinplayers.webs.com  or by calling 541-808-2611. 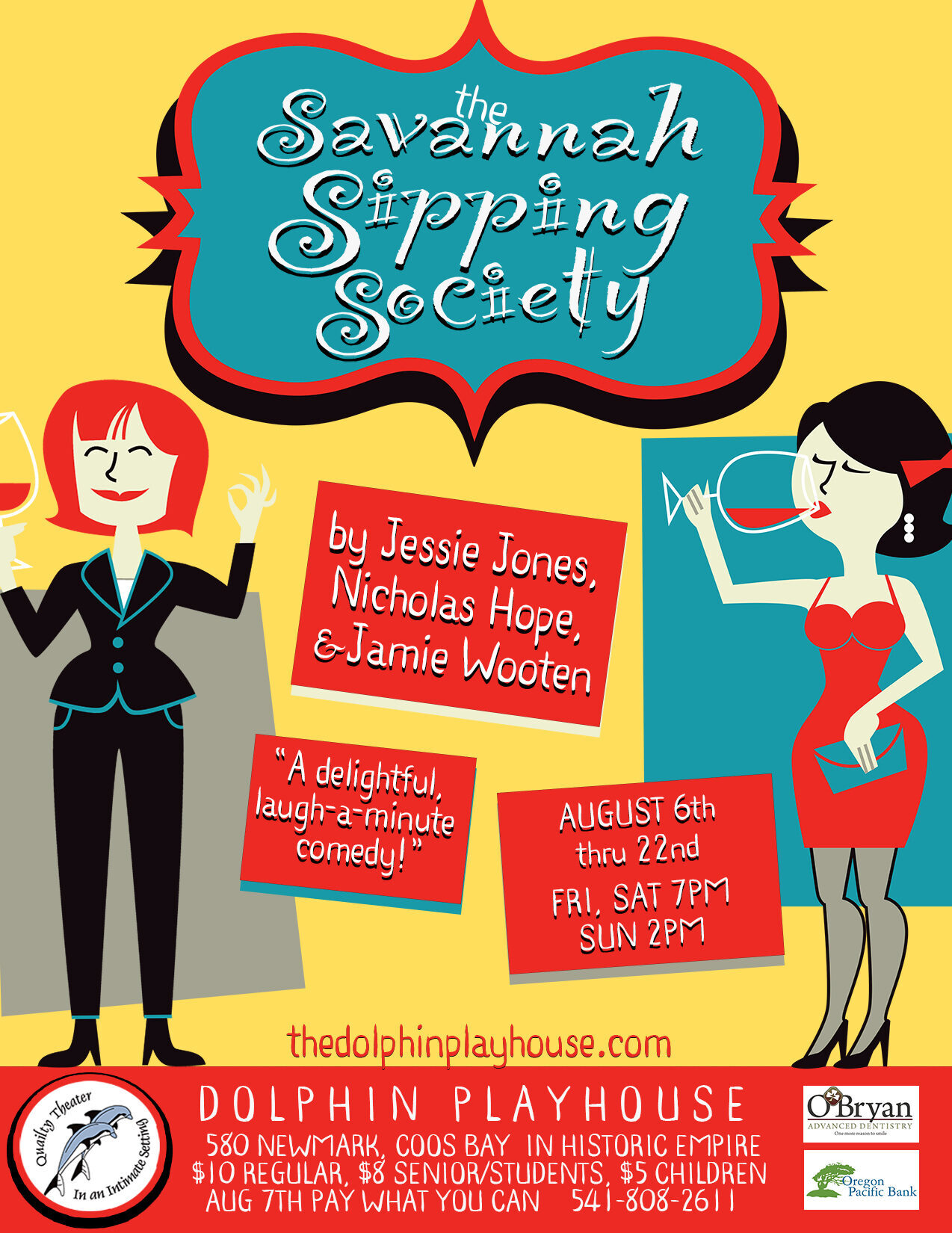